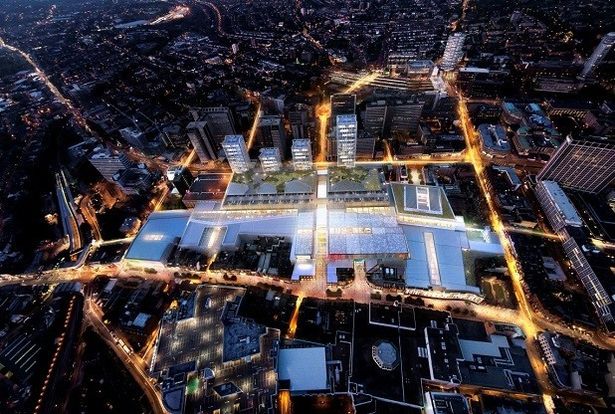 Croydon Council have approved the £1.4 billion Westfield shopping centre. Work will start on London’s third Westfield complex in 2019, which will create 7,000 new jobs and 1,000 new homes. The projects aim is to regenerate Croydon town centre.

This will be third Westfield in the Capital City, after Westfield Shepherds Bush, which opened in 2008 and Westfield Stratford which opened in 2011 ready for the 2012 Olympic games. Both previous projects cost over £1.5 billion each, however, have seen combined almost 100 million visitors through their doors annually which is a huge boost to the economy. Although the new complex will be the smallest out of the three shopping centres it is set to boost Croydon’s economy and become the most sought area in London to shop and live.

Leader of Croydon Council Tony Newman said he was “delighted” that developers had been granted approval to commence the works, and said the plans marked confidence in the town as a place to invest. He said: “This is fantastic news for Croydon and we have been doing everything we can to bring the redevelopment of the Whitgift Centre to fruition so local people can benefit from its wealth of offerings, including the creation of 7,000 new jobs. The new homes and the thousands of jobs this development will bring shows investors are rightly confident about Croydon as a place to live, work and spend free time.”

The new build will be across three levels and will have space for approximately 110 shops and restaurants, which is marginally smaller than the 350 shops and restaurants that boasts Westfield Stratford city. There is currently no confirmation of which brands will feature but there will be a new flagship Marks & Spencer. There would also be potential for a cinema and space for either a 250-bed hotel or 500-bed student accommodation. 3,140 car parking spaces are planned plus an initial 300 spaces for cyclists. The project will also see between 626 and 967 flats built, set in four or five separate tower blocks along the front of Wellesley Road.

How do you feel about the new project? Do you think this is a great step into regenerating Croydon’s Town Centre? Tweet us at @HighfieldREC to let us know!